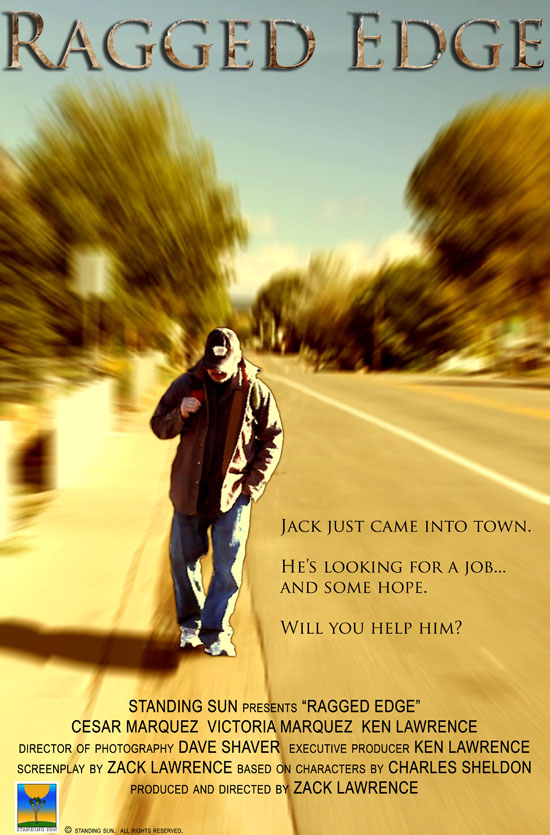 The story of a man as he struggles to find a job to support himself and his daughter, and the constant difficulties and hardships he faces. Eventually, he is forced to take to the road in search of any kind of work… and the hope to keep going.

Released in 2011, Ragged Edge reveals how Jack Manning became the homeless wanderer who disrupts the comfortable routine of the First Church of Raymond in In His Steps.